Further Fiends: More Creations Governed by the Laws of the Monstrous (and an oracle to aid in such divinations) 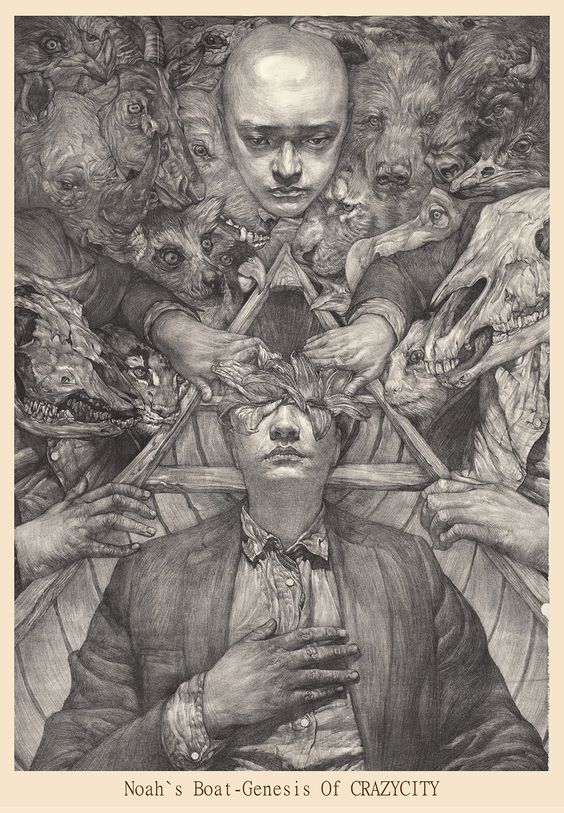 Art by So Pinenut

Back with a few more monsters conjured using my Laws of the Monstrous free association method. Then I decided to make a generator to make this method usable on days when the brain feels exceptionally stuck or uninspired. An arcane fetish to be invoked when the flame of sorcery flickers and fails in the mind of the mage, as it were. The monsters follow first, and below them find the mechanism of their making (needful disclaimer; don't feel like you're going insane if you can't get the combinations I used to make the monsters initially; these were made before I had completed the generator, and entries were omitted or tweaked).

Hoard+Foolish: the more things you have, the greater your wealth and  holdings, the dumber and more genially you behave around the Dandy. He will grant lavish gifts to ensnare you, though he cannot force something on you if you truly refuse it.

Obscene+Foppish: anything the Dandy does, no matter how disgusting and ridiculous, seems to be the height of fashion to those bewitched by his charms.

Cruel+Lolling: the Dandy does nothing for himself. His every action, want, and whim are expressed through the naked, waifish servants who cringe away from your eyes, as though being witnessed was a pain too great to bear. Even in combat, his blade is wielded by another, and blows against him instead bite the flesh of his devoted sycophants. They are  what remain of those truly infatuated of the Dandy; as their every desire  is met, so too grows the insatiable hunger to win his elusive favor, until all else is flung aside in favor of fatalistic acestitic servitude.

Seizing+Mourning: the old man clings to you, his grip like iron, his face a pathetic melted mask, worn raw by grief. Tears pour through the channels carved in his cheeks. He will not let you go until you match his sorrow.

Raging+Towering: should you offend the Mourner, his bent and shaking frame shudders upward, stretching and bulging, joints shrieking. He towers above the trees, now. His fingers choke the life from you, knotted and huge as serpents. His face is torn by a great, hollow scream of rage that rings your bones like a tuning fork. His tears splatter over the hills.

Crushing+Weeping: the Mourner's tears fall like fat cannonballs, heavy with sorrow. They dent the ground beneath him even as a man. When his rage restores his monstrous majesty, they can crush timber and bone.

Hungry+Horror: the Hunters have seen the hideous final truth of physicality. All the world seems to fester around them. Eating is a horror; the awful crushing of life between gnashing jaws, the horrible grind of entropy, the  filth of excrement. They are all of them emaciated to a man. Seeing another eat upsets them. They'll try to knock the food from your hands. They desire only to protect their fellow man from the foulness of the world.

Eager+Rot: A hungry, greedy rot sinks into the soul. It turns the grass beneath your feet slick and brown, causes molds to spring to creeping, clinging life. Food turns sour on your tongue, maggots wriggle in your wounds.

Hounds+Revulsion: horrible beasts with great snuffling, dripping faces, like a hog's snout flayed open. Rubbery, hairy, stinking. Sores weeping pus and clear slime. They are always elsewhere, never with the Hunters. Always lost. The men do not like to speak of them. It is the hounds who bring the rot, who seek out the putrescence that lurks hidden in the folds of the future, unearth it, let it steam and hiss in the light. The Hunters hate their hounds, but are powerless to harm them. In their presence, they are like children, curled in the sun. Stinking tongues lap their wounds away. If the men are harmed or threatened, the dogs are quick to bite. Their blackened teeth leave wounds that pulp healthy flesh to necrotizing meat.