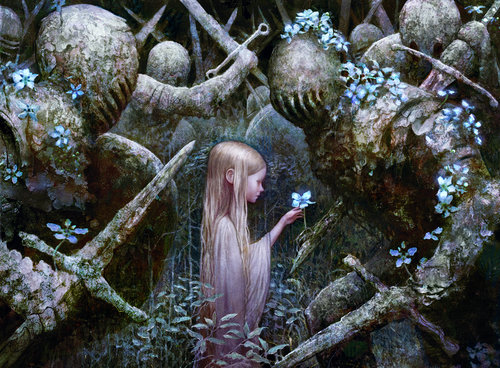 It's been a hell of a long time since I last posted, and for good reason: things went to absolute shit in my life for a bit, much more shit than had previously been gone to. But the storm has (for now) been weathered, and I've returned with a Secret Santicorn! The general idea of Secret Santicorn is that folks over on the OSR discord request a piece of RPG content, and then those requests are randomly assigned, secret santa style. Each person then makes a blogpost about the thing they were assigned.

I personally requested some thoughts on using mechanics to reinforce themes in OSR games, and received this lovely blogpost from Tiny Dog of Goose and Pen. In turn, I received a request from Sofinho over at Alone in the Labyrinth for a few hexes for a Historical Fantasy Post Roman, Pre-Saxon Hexcrawl.

Now, I am no historian, nor do I have the mind of one, so this was going to be a bit of a challenge. Rather than humiliate myself by attempting something accurate, I instead opted to read as much writing from the time period in question as possible and get a feel for the era. The zeitgeist, the poetry of the times. That sort of thing. Then, because I've been on an oracular generation kick, I put together some tables and a generator to help me create locations and encounters that fit with the themes I'd picked up on from my reading. This is the end result. I have to say, I still know very little of the time and place in question, but I've become quite fond of the place that I've created from the idea of the time; apocalyptic, strange, and melancholy. Sofinho, I hope you are fond of it as well.

To use the Locale table I just rolled 1d6 for each column and interpreted the results. Standard stuff.

Landmarks
Landmarks are what makes each locale or hex unique. To do this, I rolled d20 on the terrain, purpose, usefulness and action columns, interpreting the results and synthesizing a general idea of what was going on. Then, I would roll for 2-3 details to help spice things up.

Inhabitants
I gave each locale/hex 1-3 Inhabitants, which were created using the following table and the same method as the Landmarks.

The Generators
These are just automated versions of the tables above.